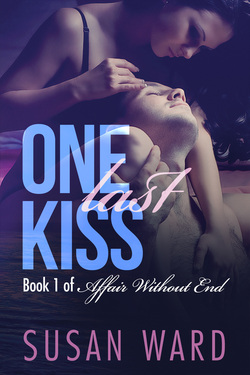 Linda is on a mission to find her father. Her journey to locate the gifted musician who abandoned her before she was born takes her through the steamy and drug fueled world of the LA music scene where she is rapidly climbing the ranks as a prime groupie sought after by the brilliant and talented men of rock music.

Jackson Parker is a living music legend from the ‘60s. But hard living, the death of his wife, private tragedies, and a personal life in shambles sends him on a downward spiral into despair.

On a lonely night on a Santa Barbara beach the last thing either expects is to find the one person they absolutely need to make their lives complete. Will Linda’s chance meeting with a drunken Jackson change both of their lives forever?

Together these two broken and desperate souls collide in a passionate affair that is impossible for either of them to resist. Together they each find the solace they need: a man searching for peace and a girl searching for closure. One thing is certain, their chance meeting has kicked off an affair without end…
$2.99 on Amazon or free in Kindle Unlimited 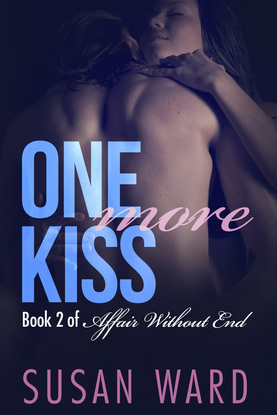 I’m the kind of man who knows when he’s met forever. Linda leaving today won’t make a difference about anything. ~Jackson Parker

Linda never expected a chance encounter with a drunken man on the beach to change her life forever. But then, Linda had never met a man like Jackson Parker. He is the kind of man a foolish groupie falls in love with. The total rock star package: handsome, charming, intelligent, brilliant, and nice. The most dangerous kind of encounter. The kind where you wake up one morning completely delusional and lying to yourself that there might be a way to keep him.

The smart play on all accounts was for Linda to let go of Jack after a three week whirl-wind affair rather than to try to hold onto a man who, in all ways, was beyond her reach. But walking out of Jack’s life ended nothing. Struggling to build her own life, and unable to resist the temptation of the mercurial Jack, Linda is swept away by an affair without end.

Available now on Amazon $2.99 or Free on Kindle Unlimited 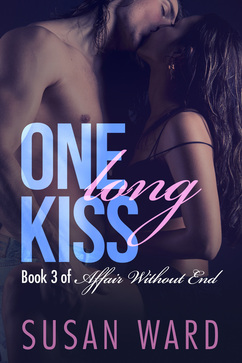 One Long Kiss~Book 3 of Affair without End Series~
“I knew it the first time I laid eyes on him. Some men have that power. They instantly ignite something feral in you, whether you want it or not, and the sexual electricity is always there, in every room and every moment, from the first time you see them. An inescapable web, swirling around you until you surrender. And at that point, they devour you.”~~Linda Cray
Leaving Jack a second time is the hardest thing Linda has ever done. Keeping their love intact proves an even greater challenge as she embarks on a new career: road manager for the British rock band Blackpoll and the girl expected to keep the mercurial Alan Manzone from self-destruction.

Building a successful career for herself fast becomes the least of her concerns. Jack’s heated custody battle over his daughter continues to thwart the great love of Linda’s life. Alone and heartsick and forced to stay away from Jack, she finds herself soon caught in a spinning web of lust for Alan Manzone. She wants him. She hates him. Yet there is something elusive about the enigmatic Brit that melts her heart.

Linda is determined not to falter in her love for Jack while they wait for his custody battle over Chrissie to be resolved, so they can at last start their future together. But will she surrender to the burning pull of Alan’s pursuit?

$2.99 on Amazon or Free with Kindle Unlimited 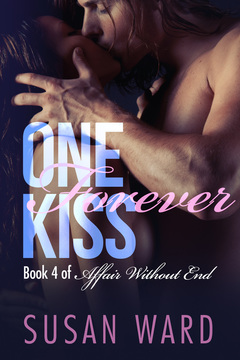 One Forever Kiss is the final book of the Affair without End Series and written as a standalone novel. An epic love story spanning six decades, one man, and two women woven together in a poignant, sexy, and unpredictable way.

In the summer of 1960, eighteen-year-old Jackson Parker is a devil-may-care ladies’ man living a cushy life as a senator’s son, hitting beaches and hitting on girls. He is destined for what everyone proclaims will be a promising future. Shortly before his first semester at Harvard he meets Lena Mansur, a world-class violinist, a woman older than him, mysterious and beautiful with a notorious past.

Over the course of fifteen years they will share an intense romance against the backdrop of the turbulent decade of the sixties, culminating in the seventies in what Jack is sure will be his one forever love.

Then on a beach in Santa Barbara, Linda Cray enters Jack’s world—a feisty, strong, independent woman seventeen years his junior with a troubling past of her own.

Over the course of three decades, they will love and pull apart, only to love again, staying strong and true to their hearts as they dedicate themselves to each other and the people they love.

The journey is far from conventional.

The obstacles between them many.

Told in an interweaving narrative by Jack that moves between past and present, One Forever Kiss illuminates the cost of ambition, the demands of family, the sacrifices we make out of love, and reveals how the mistakes of the past can destroy even an intense love—or save it.
~
Author’s note: While it is not necessary to read all the books in the Affair without End Series before reading One Forever Kiss, I recommend reading it for those wanting more insight into Linda.